Humpty Dumpty is a slot game with 25 paylines and 5 reels with 3 symbols per reel, which is made by the online gaming provider Push Gaming.

The game includes a Falling Wilds Respin Feature as well as a Free Spins Feature with Collectable Symbols and Locked, Wild-filled Reels. The theoretical average return to player (RTP) is 96.47%

A line win is awarded when a number of instances of the same symbol appear consecutively from left to right along a win line. Only one line win may be awarded on a single win line.
The highest line win value is always awarded. All wins occur on win lines. The paytable reflects the current bet configuration, based on the bet per line.

The Wild symbol substitutes for all symbols except the Humpty Dumpty Symbol and the Heart Symbol.

When the full Humpty Dumpty Symbol appears on the middle reel, the Free Spins Feature is triggered and 6 free spins are awarded. During free spins, the Heart Symbol is a Collectable Symbol. Instances of the Collectable symbol appear on the second, third, and fourth reels.

When 3 Collectable symbols have been collected on a single reel, the reel is filled with Wild symbols and locked in place for the remainder of the free spins feature.

Video slot Humpty Dumpty is an original game. The graphics are decent and the universe is a free adaptation of the original story, with a distinctive touch of Disney. The bonus game is quite generous, mostly based on multiple wild symbols coming from the top of the screen. 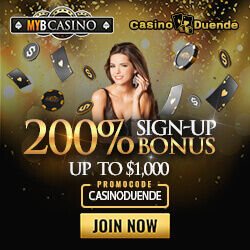